GAMBICA has carried out a survey of our member companies asking the question: Does your company think the UK should be part of the European Union? 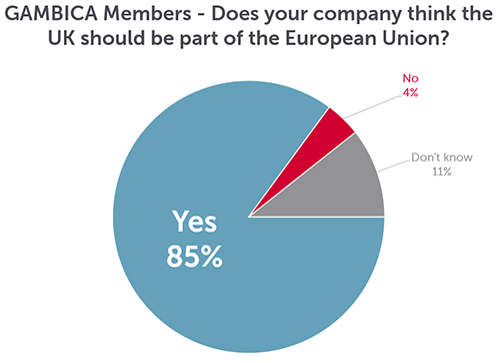 Of those responding "Yes", 33% qualified their answer with some changes to be negotiated. These included ensuring the relationship is based on trade and economics rather than politics and reducing bureaucracy & cost of membership.